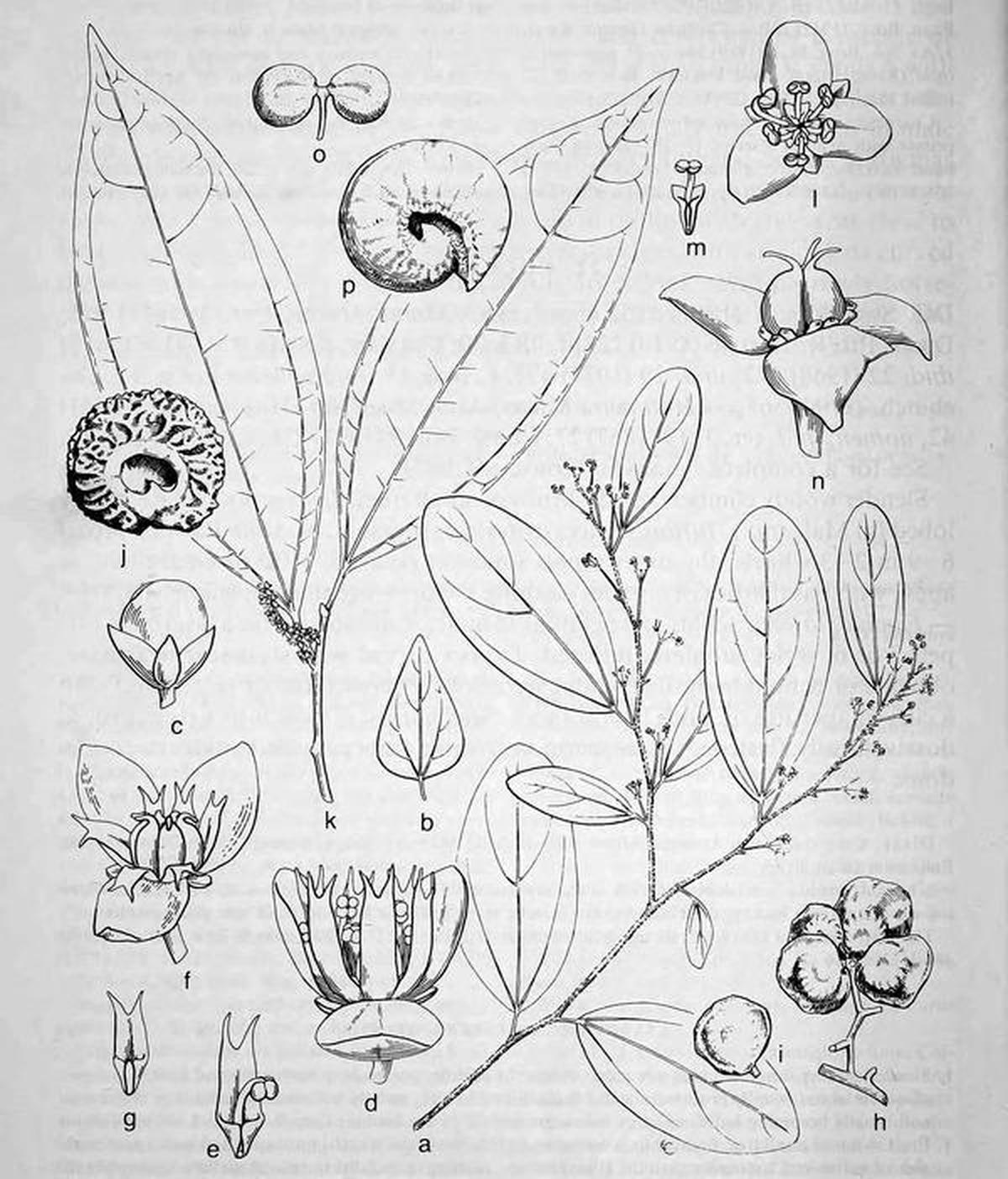 It is a bush of tree appearance from eastern Asia, probably from the Himalayan, but with more certainty it comes from China and Japan. The name cocculus seems to come from the Greek, meaning small fruit. The term laurifolius refers to the similarity at first sight of its leaves with the ones of the laurel, although well observed, the leaves of the laurel-leaved snail tree have two nerves that a few millimeters are parallel to the edges of the leave which make them very recognizable and different from those of the laurel. The bark contains a deadly poison similar to the curare from South America. The curare is a special combo based in alkaloids, obtained from various plants, with which some Native American Indians smeared arrows or the darts of blowguns. They were used to kill fish, and could also cause death to a person. It is said that the Spanish cartographer Juan de la Cosa was killed by a poisoned arrow precisely with curare. The laurel-leaved snail tree gradually began to be planted in Spain in the nineteenth century and is still common today in Spanish parks.